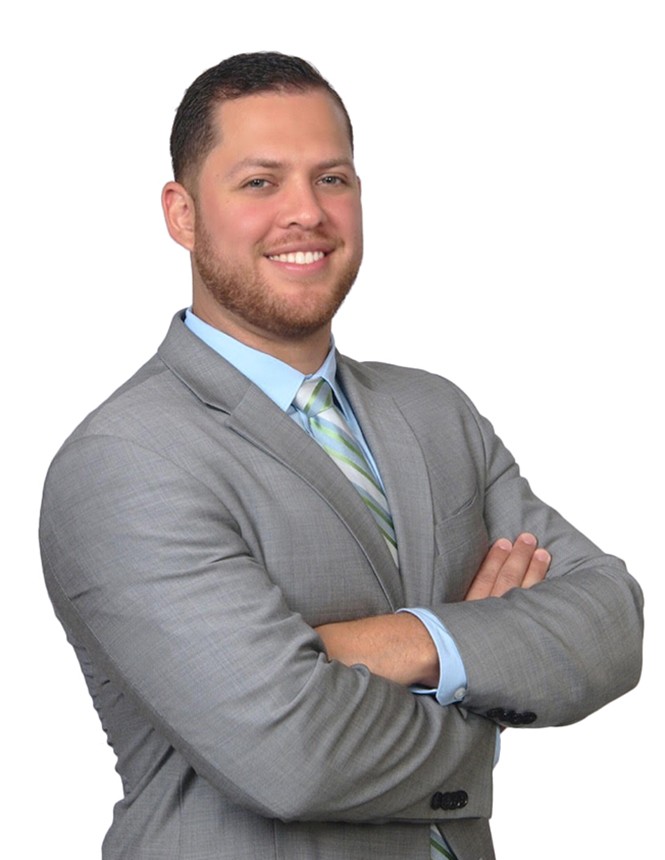 Raphael Alejandro Sanchez (Ralph) is the founder of The Law Office of Raphael A. Sanchez, P.A. His practice is dedicated to all forms of personal injury and homeowner’s insurance claims. He is a member of the Colombian Bar Association (COLBAR), Dade County Bar Association, and Westchester Chamber of Commerce.

Ralph is a first-generation American of Colombian descent and speaks fluent Spanish. He was born and raised in Miami, Florida, and received his Bachelor of Arts in Political Science from Florida International University (FIU) in 2010 and his Juris Doctor from the St. Thomas University School of Law (STU Law) in 2014.

While a student at STU Law, Ralph was a law clerk for the Honorable Judge Abby Cynamon and a legal intern at the City of Miami Office of the City Attorney. He was also an Articles Editor of the St. Thomas Law Review, and an active member of the Cuban American Student Bar Association (CASBA) and Hispanic American Law Student Association (HALSA).

Thereafter, Ralph joined the law firm of Pacin Levine, P.A. There he worked hand in hand with the managing partner of the firm, Marc Pacin, and obtained extensive knowledge of the intricacies of the world of personal injury. There he handled over 400 personal injury cases and has helped recover more than 2 million dollars from the insurance companies.