The roads in Miami have never had a good safety record. Several stretches around the city are regarded as the most dangerous roads in the U.S. to drive on. Miami itself ranks among the country’s top 10 cities that have the worst road safety record.

All these above facts point out that accidents happen in Miami very frequently. Many people approach auto accident lawyers in Miami to repre            sent them in the event of a personal injury claim, while many others don’t even consider it. However, not all the people who file for compensation get their claim processed in the first attempts. Amongst those who try to handle the claim on their own against the insurance carrier, many of them end up losing the entire claim value, while a few others settle for a lot less than what they deserve.

That is just not right!

At the Law Office of Ralph A. Sanchez, we are committed to bringing all the facts to the table. If you were injured in an auto accident for no fault of yours, you deserve a full and fair claim. If the person at fault or their insurance company isn’t compensating you, we will take things up with them. Our expertise and knowledge of similar cases will raise your chances of getting what is rightfully yours.

Upon hiring or automobile accident attorney in Miami, here’s what we can help you with:

We engage all of our resources to collect anything and everything that can help your case. That includes pictures of the accident site, police report, medical records, witness statements, etc. If you have any of these documents and more, that will also be a big boost for your case.

Negotiate with the Insurance Company

The insurance company will use every rule in the book to delay or completely deny your claim. We use the same book to ensure that they never get that chance to try any of it. We take things up with them to get you the maximum compensation possible.

Either the person at-fault or the insurance company representing them may want to close the case early. They would seek settlement by offering an amount that looks fair. Don’t fall for it! Always remember, you will always be worth more than that. We will prove that with our negotiating skills.

The other party may think that you don’t stand a chance. They would let the matter get in court. If it comes to that, we will take up your representation and contest it through the legal mechanism. When it’s all done, you can rest assured to get your hands on what you rightfully deserve.

Instead of facing the insurance company or the at-fault party by yourself, approach our Miami personal injury law firm for reliable legal assistance. Here’s why you should choose our firm:

Do not look at your watch if you have an auto accident claim on your mind. You have up to 14 days to trigger your $10,000 Personal Injury Protection (PIP) benefits before you lose them. Pick up the phone and call us right away.

We have been actively practicing in the Miami region for over 10 years. Our knowledge of local laws and experience with similar cases is bound to help you every time.

In the past 10 years, we have successfully won over 1,000 cases, with overall compensation amounting to more than $10 million. Need we say more?

Have a Question to Discuss? Wouldn’t You Like to Get a Free Consultation before You Even Begin?

Not able to Call? No Problem! Click on the Contact Us Button Below for Other Ways of Contacting Us

Accidents happen when you least expect them. Whether traveling by land, air, or water, you are entitled to compensation for injuries resulting from the negligence of another.

The Florida Department of Highway Safety and Motor Vehicles (DHSMV) reports that an average of 1,081 traffic accidents occur each day across Florida. These cases can be very complex and stressful. Let us help you.

The insurance companies have their lawyers and you need yours. If you or someone you know has been involved in a traffic accident or needs the best personal injury attorney in Miami or South Florida, call us at (786) 361-4037. We may be able to assist you. All consultations are free.

Get A Free Consultation 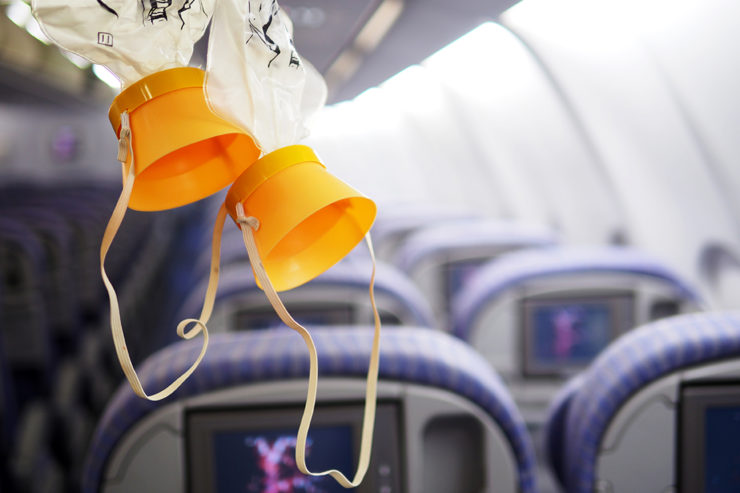 Although rare, Airplane Accidents do happen. The FAA reported 18 Aviation Accidents took place in the United States between 2013 and 2016.
View Practice Detail 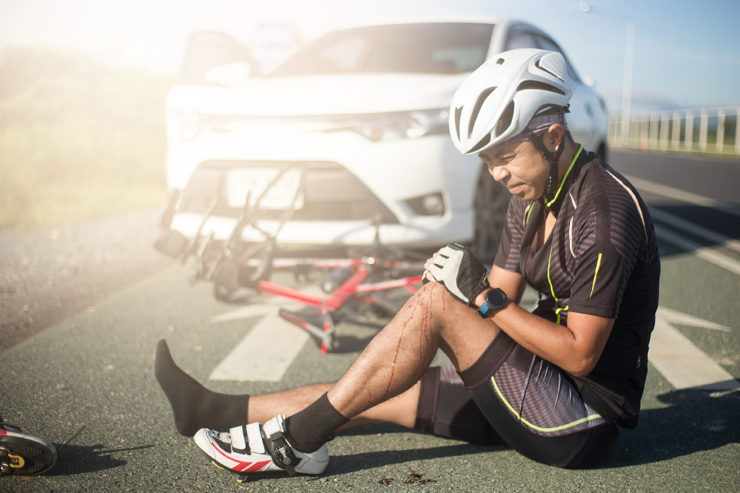 Riding a bicycle in Florida can be extremely dangerous. In 2016, there were 6,667 traffic accidents involving a bicyclist. 140 of these bicyclists died as a result of their injuries from their accident.
View Practice Detail 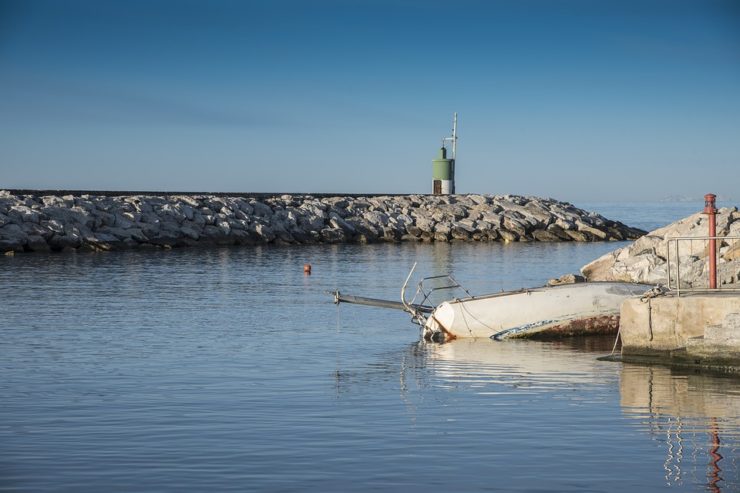 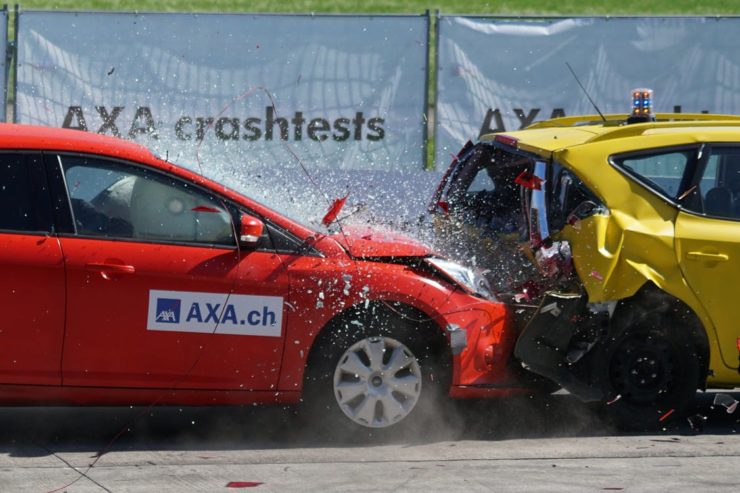 In 2016, there were 395,797 car accidents in Florida. 165,941 of these accidents resulted in injuries. The most common type of car accident was a “rear-end collision”.
View Practice Detail 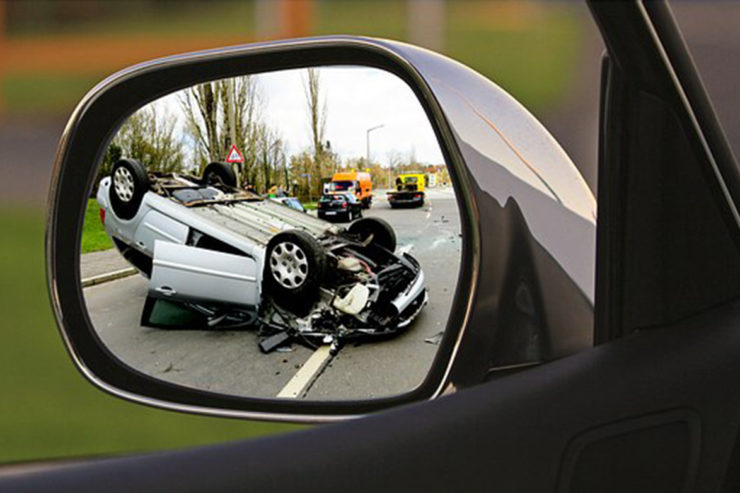 In Florida, a “hit and run accident” is defined as the failure of a driver to remain at the site of a vehicle crash, and fulfill other statutory duties, when the crash at issue involves death, bodily injury, or property damage.
View Practice Detail 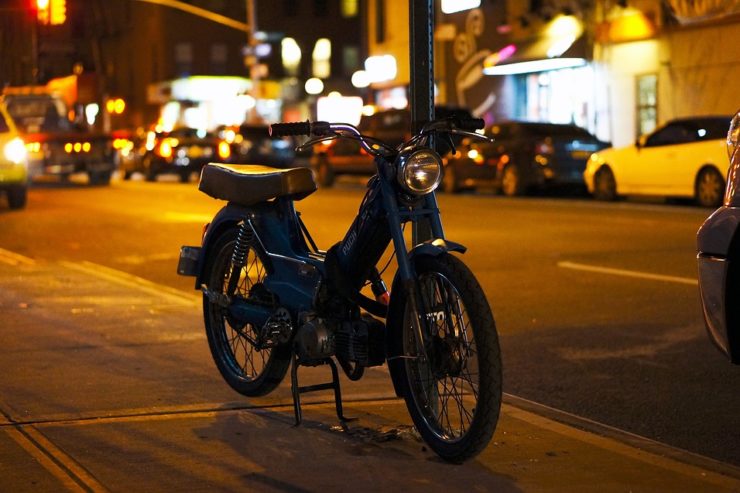 In Florida, moped drivers must have a valid Class E driver’s license and be at least 16 years old to drive a moped on a public road. There are also no insurance requirements in Florida for owning and/or operating a moped.
View Practice Detail 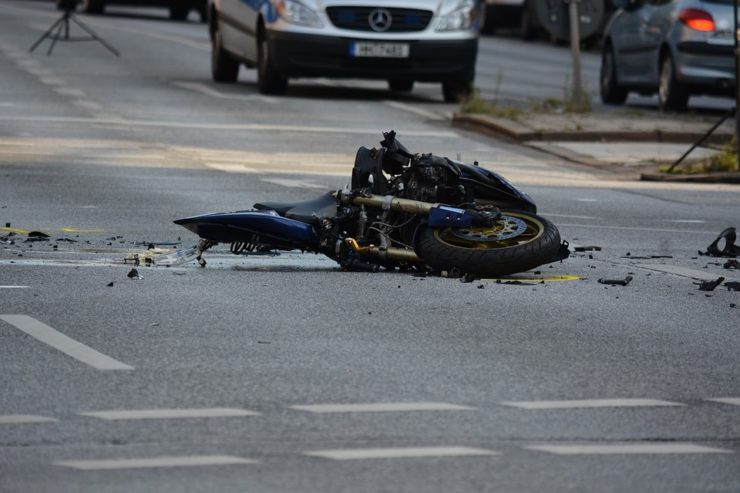 The National Highway Traffic Safety Administration (NHTSA) reports that in 2015 4,976 motorcyclists died in traffic accidents throughout the US.
View Practice Detail 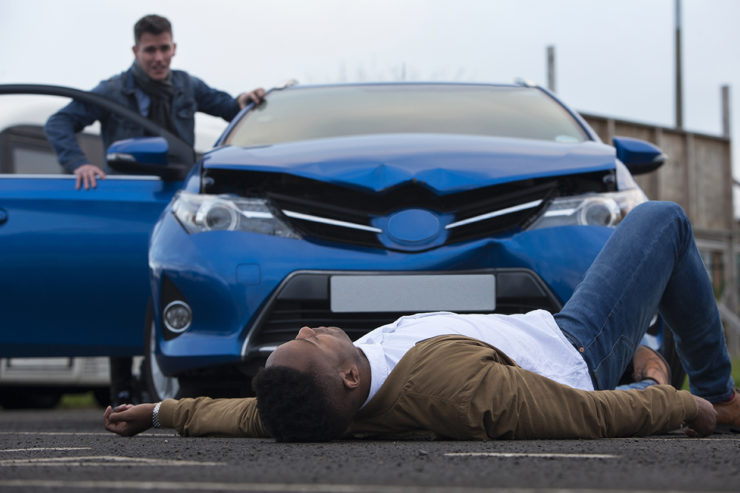 In 2016 there were 9,102 traffic accidents involving pedestrians. 667 of these accidents resulted in the pedestrian dying. Automobile insurance in Florida follows the person, not the vehicle.
View Practice Detail 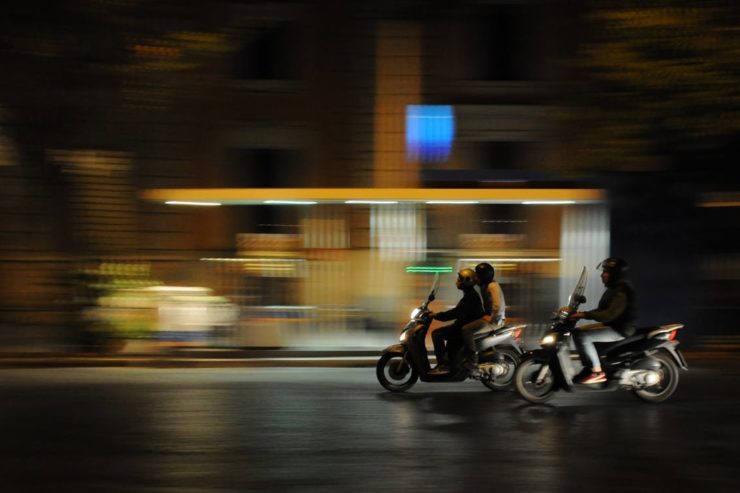 Florida requires all operators of scooters to have a valid Class E driver’s license and be at least 16 years of age. A motorized scooter cannot be driven on a sidewalk and must be driven on the road at all times.
View Practice Detail 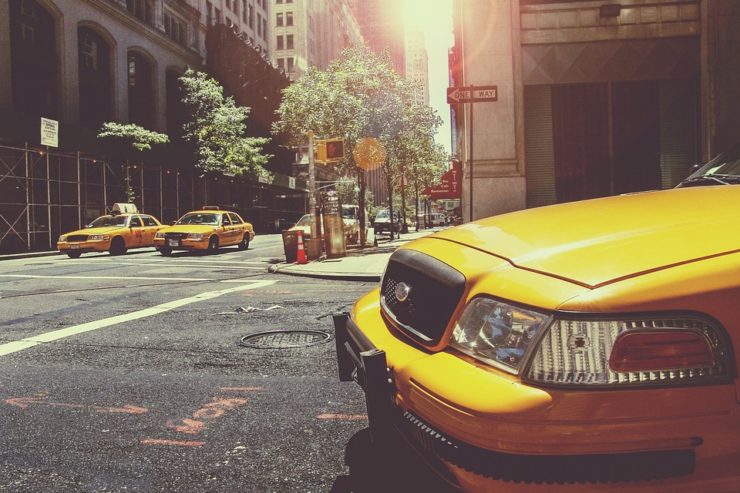 Taxicabs are specifically excluded from Florida’s no-fault law. However, they must have $125,000.00 of bodily injury insurance coverage per person/$250,000.00 per accident.
View Practice Detail

In 2016, there were 41,239 commercial vehicle crashes in Florida. Trucking accident cases can be very complex and have many nuances.
View Practice Detail 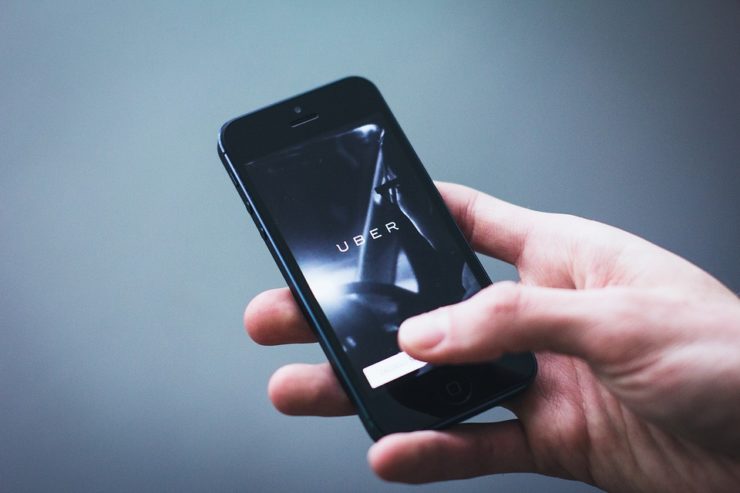 Uber and Lyft drivers are insured by a business auto form with policy limits of one million dollars per accident. Uber and Lyft accident cases can be very complex and have many nuances.
View Practice Detail 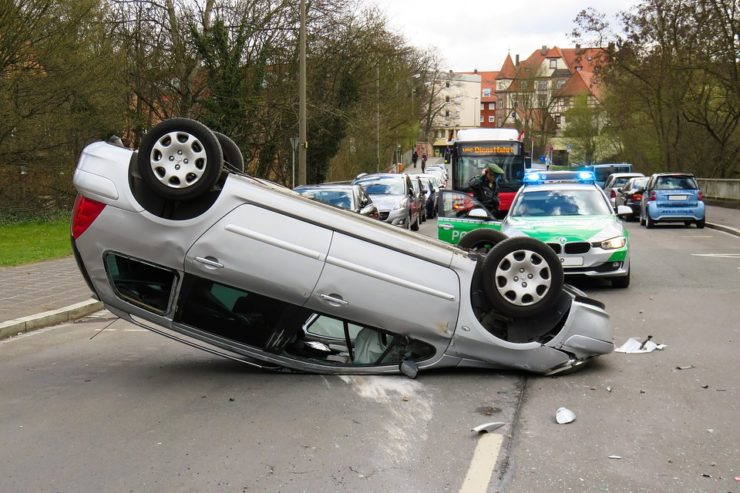 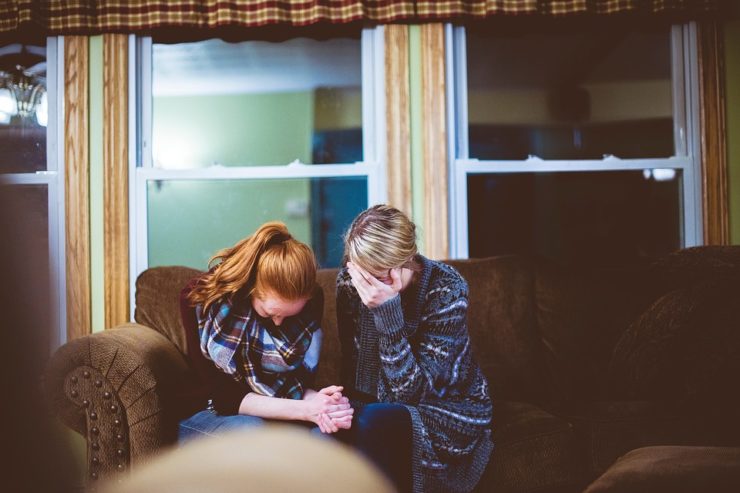 In 2016, 3,057 people were killed in car accidents through Florida. The only recourse for someone’s negligence in these types of cases is to file a lawsuit for wrongful death.
View Practice Detail

Speak directly with an attorney over the phone.

GET A FREE PERSONALIZED CONSULTATION

Have Questions? Call Us.