According to a 2019 report, more than 4.5 million people filed for insurance claims worth a staggering $463 billion in the United States. Most of the damages sought were due to the current and future medical expenses, damages to vehicle and property, and loss of wages. Almost everyone who successfully won car accident claims had hired a leading car accident attorney in Miami to represent them.

Driving rashly or deliberately faster than the set limit, are a few examples that lead to car accidents. However, some accidents are caused just because the other driver wasn’t careful enough. It could have been caused due to distraction caused by a call or text. It could also be due to losing focus due to looking at something on the other side of the road. A fraction of distraction is enough negligence on the driver’s part to cause a car accident.

Incidents That Qualify as Negligent Driving 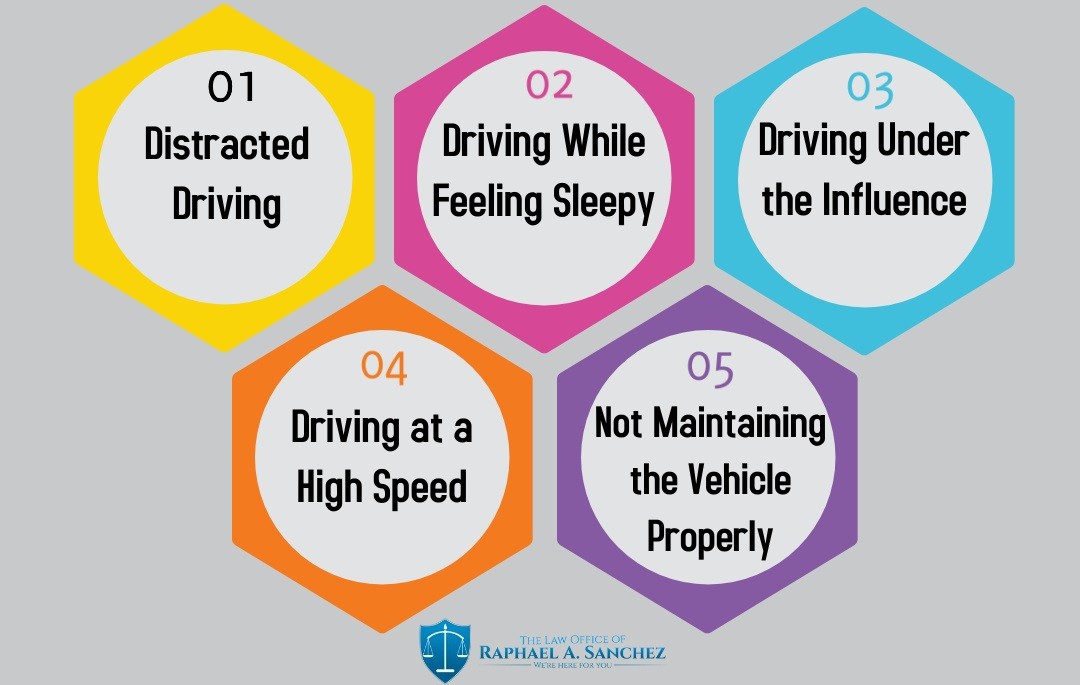 Losing focus while driving is the number one reason for causing accidents in the US. The distraction could be caused by a fast-approaching vehicle, a call or text, or even checking yourself in the rear mirror. Paying attention to some roadside activity instead of the road up ahead can also cause a car accident.

It is strongly recommended that you must not drive if you are feeling tired or drowsy. Fatigue or drowsiness prevents drivers from staying focused, thereby causing accidents.

Driving under the influence of drugs or alcohol is against the law. Even then, many people take the wheel under the influence, due to the sense of adrenaline gushing through their veins. Thousands of people lose their lives across the country due to this very reason alone!

Different road sections have different speed limits, as per the traffic situations along those intersections. Many people often miss the speed limits and end up driving faster than the permitted limit. This greatly increases the chances of compromising people’s safety and causing a car accident.

A car’s performance can only be as good as its maintenance. If the other driver didn’t put much effort into maintaining their vehicle, they could lose its control even if they were driving with utmost care. Their brakes could fail, tires could burst, steering could jam, or critical components could experience more friction than intended.

What You Need to Prove Your Case

As a car accident victim, you need to prove that you were not at fault for causing the accident. You or your attorney will have to collect every piece of evidence required to file your case. These include:

Be prepared for insurance companies to delay or even deny your claim outright, especially if you don’t have a good car accident attorney in Miami representing you. Having an attorney, on the other hand, will keep the insurance on their toes.

Most of the time, you should be able to get your claim through negotiation before the case is even filed in court. If things don’t work out even then, your attorney will go all out in front of the jury to win you your rightful claim.

Every car accident case is different, which means every settlement claim and way to get there is different too. Find out how you qualify for yours by speaking to a leading car accident attorney in Miami near you today.